The Australian Stroke Alliance is proud to collaborate with Australia’s first Aboriginal cardiologist, Associate Professor Luke Burchill who shares his background in this story. Luke co-chairs our Indigenous Leadership Council. The Uluru Statement from the Heart drives our commitment to equity and access. 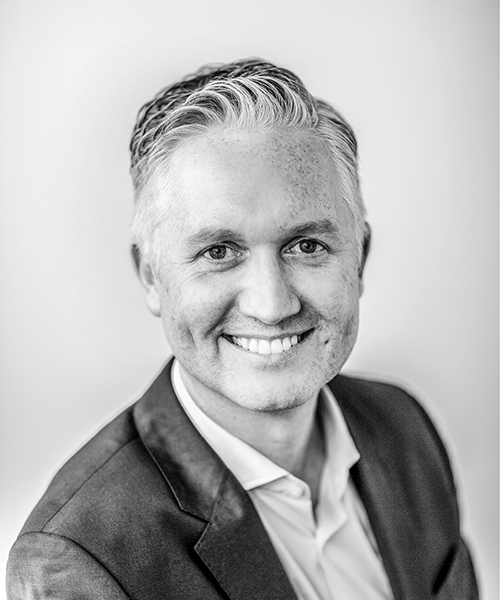 Cardiologist Associate Professor Luke Burchill grew up on country, and was inspired by family to study medicine and work in a strengths and solutions-focused approach to Indigenous health

Right now, my worlds have collided with COVID-19 and Black Lives Matter. The protests are drawing attention to what Aboriginal and Torres Strait Islander people have always known – that the intersection between racism and adverse life outcomes is real. The systems that perpetuate these inequities need to be everyone’s concern – not only those who currently fall between the cracks. 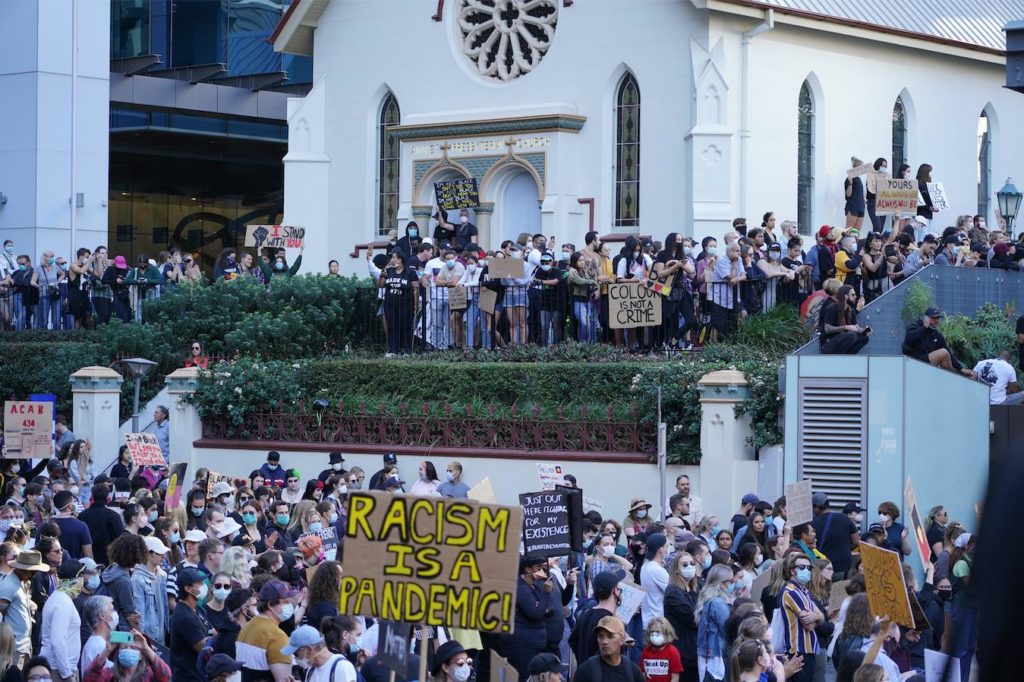 I was fortunate to grow up on country.

My family is Yorta Yorta, from the land around Cummeragunja Mission, near Echuca, and on the other side, Dja Dja Wurrung. I have a lot of uncles, aunties and cousins. My inspiration to study medicine and then cardiovascular medicine came from both my grandmother Iris, who was a paraplegic with diabetes, and my mother Marlene, who completed a Master of Social Work in her 50s and passed on an incredible work ethic. My great-grandfather was Thomas Shadrach James, an Indian preacher who studied medicine at the University of Melbourne and later worked at the Mission.

I learned early on that I was destined to walk two roads.

My cousins would joke that I was a Gubbarigini – meaning a white blackfella. With an English father and an Aboriginal mother, I have fair skin but Aboriginal blood running through my heart.

I am visibly white, but I don’t relate as much to my English culture because it’s not where I grew up. I have often felt like a fly on the wall, often hearing people talking about others in my community in very disparaging ways, just walking down the street with my darker-skinned family members. People sometimes regard my identifying as Aboriginal as being a choice. For me, it’s not a choice, it’s just who I am.

When I was 16, I went to South Africa for a year as an exchange student on a Rotary scholarship.

I made it clear I wouldn’t attend a whites-only school, so I ended up at one of South Africa’s few mixed-race schools and slotted into the so-called “coloured” community. I say that year saved my life because Mooroopna was so difficult to live in, there was a tension in that town that centred on race. In the 70s and 80s, being an Aboriginal person was the worst thing you could be in Mooroopna. 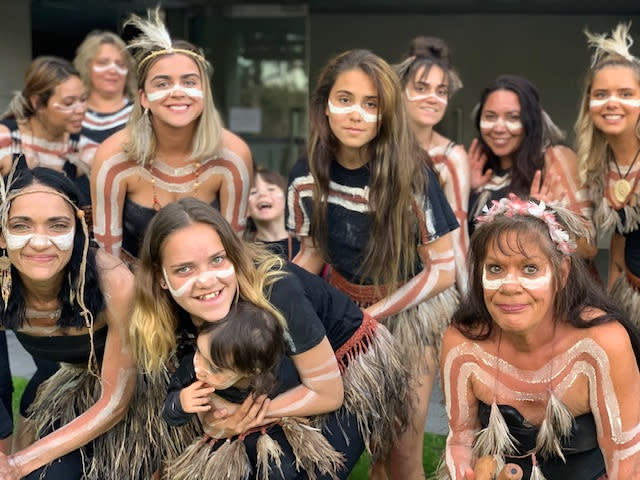 I’m an adult congenital heart disease specialist ­– I look after people with a full life but half a heart.

I completed a PhD and travelled overseas to undertake postdoctoral fellowships that took me from the bench, to the bedside, to the population. I trained with world-leading clinicians and scientists in Canada and the USA and stayed there for 10 years.

At 45, I have already outlived many other Aboriginal men and women who have died from heart disease.

Indigenous Australians between the ages of 35-44 – our emerging elders – are nine to 12 times more likely to die from cardiovascular disease than their non-Indigenous counterparts. It’s the leading cause of death and the largest contributor to the health gap for Aboriginal Australians.

We need our elders to be strong so that they can pass down those stories. Our culture is our health, it’s not an add-on, it’s not a separate piece of work or a line of research.

More than 50 per cent of Aboriginal and Torres Strait Islander people aren’t screened for CV disease.

Of those that are screened, only 50 per cent receive guideline-based treatment. Among those that make it to hospital, Indigenous people are significantly less likely to have a coronary angiogram or to have blocked coronary vessels fixed. And the question for all of this is, “Why?” My research seeks to answer this question. We need to – and we can – close the gap through data-driven research. 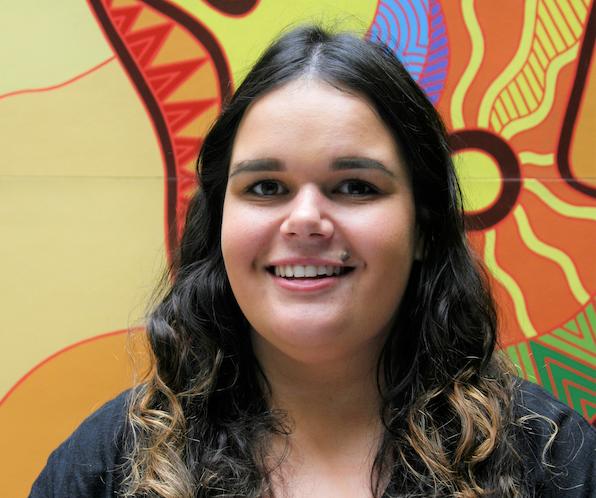 When Aboriginal hospital patients are linked with Aboriginal Liaison Officers and staff members that identify as Aboriginal, it’s powerful.

You see people relax more. They become a bit more vulnerable in what they’re willing to share and also more forthright in expressing their concerns. I had one patient who told his Mum he’d seen an Aboriginal cardiologist, and she said, “What? Get out of here!” We need to have that as the common experience, not a rare one.

This might explain the missed opportunities to improve cardiovascular outcomes. Professor Sandra Eades (now Dean of Medicine at Curtin University) found that while 80 per cent of Aboriginal people live in cities, compared to seven per cent in remote areas, they accounted for just 11 per cent of research from 2004-2009.

Another theme that shapes how we view Indigenous health is a deficit view of Indigenous people as “problematic people”.

As described by Aboriginal leader Professor Maggie Walter there is an overwhelming focus on the five Ds of Indigenous Australian data: Disparity, Deprivation, Disadvantage, Dysfunction and Difference. A new generation of Aboriginal researchers and leaders is changing the script, ready to take a strengths and solutions-focused approach, rather than a deficit view. 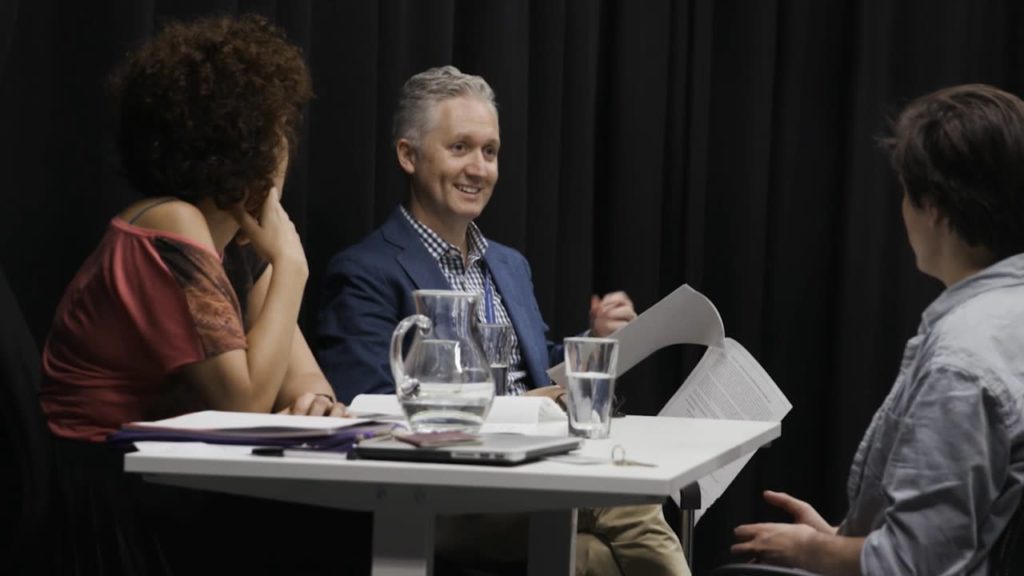 A still from ‘A Full Life’ a video research project, creating a safe space for patients to express themselves and for clinicians to engage more meaningfully. Associate Professor Luke Burchill (centre). Picture: Supplied

Maybe we need new ways for people to tell their stories, and new ways as clinicians to listen.

I’m currently working on a video research project, funded by a University engagement grant, called A Full Life, which creates a safe space for patients to express themselves and for clinicians to engage more meaningfully, with space and time.

I got started on this by a patient who asked a simple question: how do I live with hope? It’s the sort of question that doesn’t get captured well in existing research paradigms.

This project comes at a crucial time when clinicians of all kinds need to revisit a skill that is being lost – the simple and therapeutically important act of listening.

– As told to Elizabeth Lopez