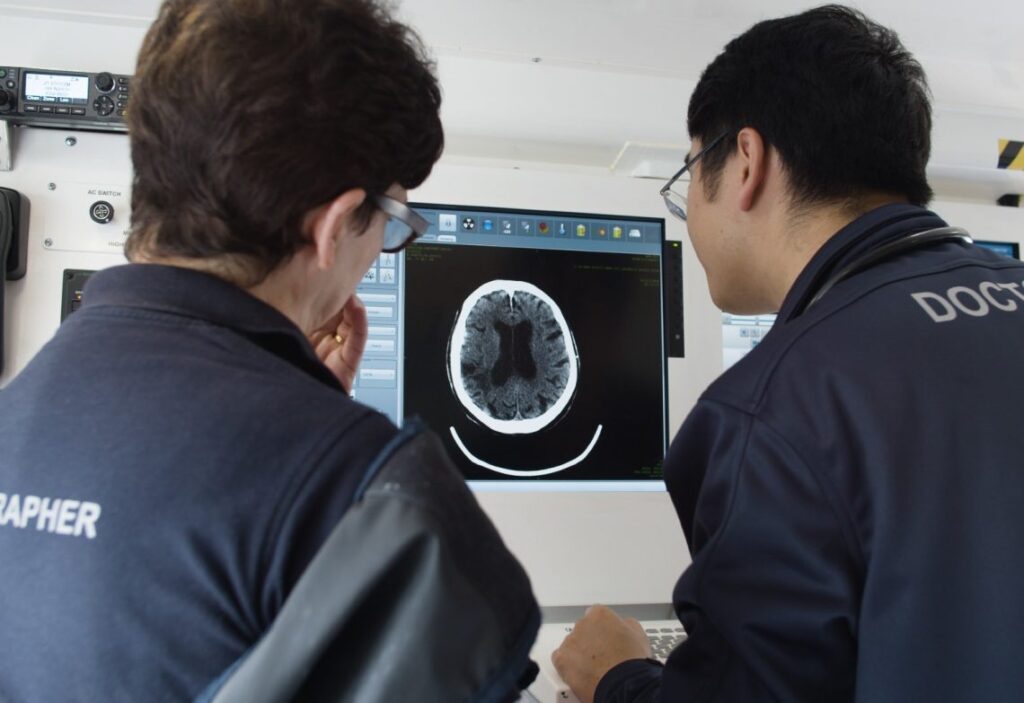 Neurologist, Henry Zhao is the medical coordinator for Melbourne’s mobile stroke unit and can tell a story or two about long days out on the road with paramedics, nurses and radiographers. He’s a neurologist at the Royal Melbourne Hospital and with the Victorian Stroke Telemedicine team, through Ambulance Victoria. He’s also a Medical Research Future Fund research fellow within the School of Medicine, Faculty of Medicine, Dentistry and Health Sciences at the University of Melbourne.

Henry, tell us about your job on the Melbourne mobile stroke unit (MSU) and your research?

I’m the medical coordinator, clinical lead and neurologist for the stroke ambulance. I’ll also be involved in developing the second mobile stroke unit, if it receives funding, and this will serve the south-east corridor of Melbourne.

We have a team of 20 neurologists on the MSU-1, and it’s a growing workforce. For every patient, we adjust treatment regimes, troubleshoot, decide when to scan, decide which hospital will provide the specialised treatment they need.

Alongside biostatisticians, we are improving treatment times and looking at similar research being done in Berlin and Houston, where they’ve shown quite significant benefits with thrombolysis on the mobile stroke unit. Unlike the Berlin and Houston teams, we offer fast hospital delivery for clot retrieval thrombectomy. Data analysis will tell us the effect we’re having in Melbourne.

What’s it like to work in such a multidisciplinary team on the MSU?

In a conventional emergency department scenario, the paramedics first extricate and bring patients via an ambulance. Only then does the multidisciplinary team, including the doctor and nurse, meet the patient and deliver them to CT where radiographers scan them.

On the MSU, it’s similar but much faster and all in the same space – paramedics, radiographer, nurse, doctor – which allows instant sharing of information and streamlined decision making. The CT scanner is always ready to go and the MSU neurologist is more senior than the junior doctors in hospital, so there are no delays to treatment.

There are lots of surprises! Going out into the community and into people’s homes, you gain a different perspective of the patient compared to when you meet them on a stretcher in the emergency department.

For example, you gain appreciation of how difficult it is for paramedics to operate in some of these settings, when the patient is in a difficult situation such as being stuck upstairs (or even in a mining site once).

Could you describe a typical day?

The team gathers around 7:30am and makes sure there no technical issues before starting the day.

Once a job goes off, we quickly all meet at the ambulance. We normally travel with lights and sirens, through red lights, stopping cars.

At the scene, we assess the patient and decide if we feel they require an immediate scan or treatment. We bring them out of the house and into the ambulance and put in an IV drip before scanning their brain. The scan tells us if we are going to thrombolyse or offer different treatment and transport to the most appropriate source of care.

We receive on average, seven calls a day. Some days I’ve been on 10 or 11 jobs. It can be tiring – we finish at 6:00pm, but obviously there’s a bit of tidying up to do and if we get a late job we end up finishing later. Sometimes this can be as late as 8:00 p.m or later.

Describe the most significant changes to stroke care as a result of this prehospital intervention.

Making key decisions out in the community, as early as possible, means care then proceeds smoothly. For example, a patient who lives in the outer suburbs, but needs neurosurgery – clot retrieval – can be diagnosed and quickly delivered to the right hospital.

Talking to the family gives us a much greater appreciation of the patient’s history and allows us to make fast decisions about treatment. By the time they patient reaches hospital, some treated patients are much improved and it’s so satisfying to see them so much better.

Patients and families are often thankful for having access to this service and the differences it makes to them. Are there any moments that stand out?

It’s funny because the people who benefit most (usually those with a significant stroke) often don’t remember. However, the families will have seen them before and after and are, of course, very grateful.

Have you seen that video of our very first thrombolysed patient? Nancy was 92 years old, but still high functioning. If she had travelled to the hospital in a conventional way, it is very likely she would have been out of the time window for thrombolysis. As a result of our timely treatment, she was able to have Christmas with her family.

The Melbourne MSU is the first step in a $40 million, five-year program for the Australian Stroke Alliance. What excites you about this large alliance and its ambitions?

Our current mobile stroke unit is an initial proof of concept demonstrating that we can deliver what we say we’ll deliver. Now we are building on it improve responses around the country for prehospital stroke care.

The helicopter stroke unit will be able to serve really remote communities – I think that’s hugely exciting. But also, we’re looking at other sorts of stroke capable ambulances, not with CT scanners, but with portable technologies to quicken diagnosis and treatment. Rural communities will benefit from neurologist-led telemedicine. 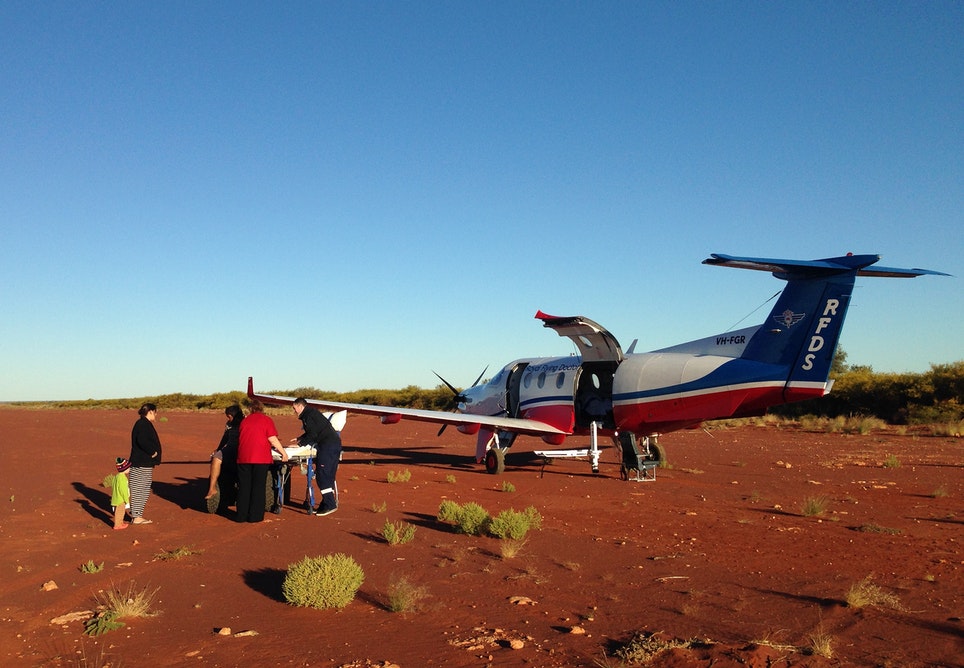 The Royal Flying Doctor Service will be taking our technologies to the skies. Will you be putting your hand up to go on one of those beautiful planes into the Outback?

That’s the remit of my good colleague, Dr Angela Dos Santos. As she’s the first Aboriginal neurologist, and as Aboriginal and Torres Strait Islander communities are very much our key focus, I think we’re in good hands.

I have never been in a helicopter, but I’m excited to see what it’s like. I’m watching with much enthusiasm as that project develops!