The tyranny of distance

Bill Vernon suffered a stroke at 1:30am one day in 2013. His partner, Denise, called triple zero immediately. He arrived at the local regional hospital by ambulance within 20 minutes. When they arrived, Denise asked the young doctor if he thought Bill had experienced a stroke.

After a call to Perth, the doctor said he thought it was a stroke but because they couldn’t determine whether the stroke was caused by a clot or a bleed, hospital staff could not provide treatment. Bill was paralysed and in very poor shape.

He was made comfortable and left in a dark room to wait for the morning when it was planned to transfer him to another hospital. Denise recalls the fear of not knowing if Bill would make it through the night. 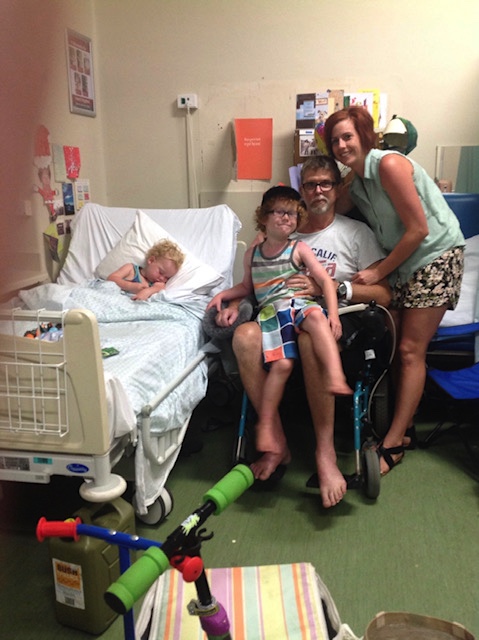 In the morning Bill’s condition had not improved. The doctor arranged for him to be transported to Bunbury hospital, 45 minutes away. He was assessed, scanned, and transferred to the Royal Perth Hospital.

In a devastating blow, Bill was told he would never be able to walk or talk again. He was determined this would not be the case. He and Denise moved to Perth for a year so he could access the rehabilitation he needed. He worked incredibly hard on his rehabilitation and can now walk, but has trouble with his memory and finding words.  Bill will never be able to return to work.