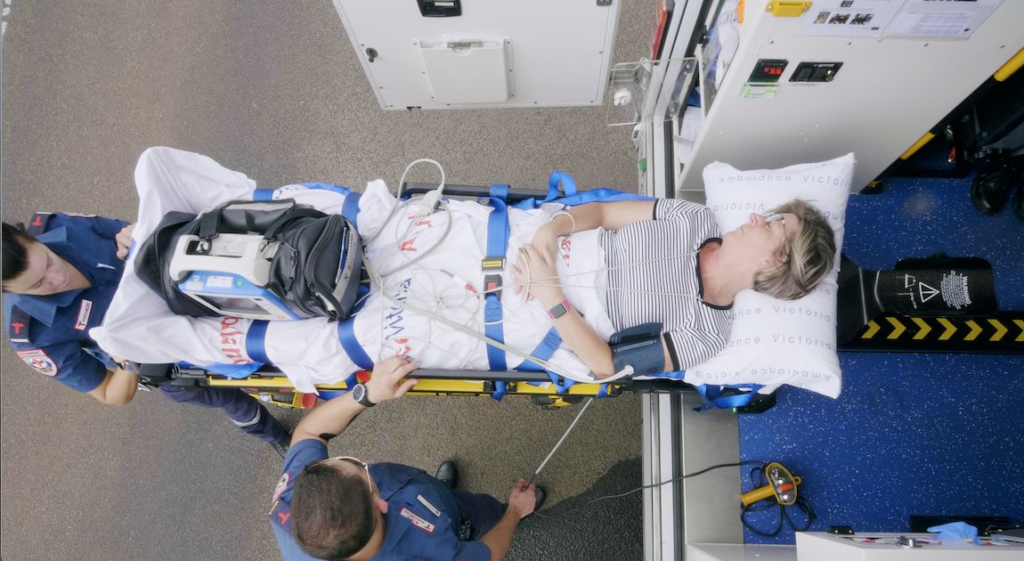 Australian researchers are the first in the world to demonstrate a clot-busting drug tenecteplase, typically used for acute myocardial infarction, can significantly speed up the dissolving of a clot causing a stroke – in a mobile stroke ambulance. These specially equipped vehicles diagnose and treat stroke patients at the scene and on the way to a hospital’s emergency department. The new trial shows the use of tenecteplase results in ‘ultra-early’ clinical improvement.

Mobile stroke ambulances are used in major cities around the world to improve the speed of care offered to people suffering a stroke. They lead to better patient outcomes due to the earlier treatment. The vehicles contain a portable CT brain scanner, an essential tool in the diagnosis of stroke, and take clinicians to the patient to provide prehospital treatment. Treatment of acute ischemic stroke Is highly time dependent, and global efforts focus on earlier clot dissolving or removal.

The results of the phase II, randomised, controlled trial were delivered to the 8th European Stroke Organisation conference in Lyon, France on May 4 (7pm AEST).

Treatment with this drug is delivered significantly faster – via a single dose rather than the traditional one-hour infusion using an older drug, alteplase. “This trial combines Melbourne’s stroke ambulance with a much more effective acute treatment to provide the optimal model of care,” he said.