The Australian Stroke Alliance is a powerful collaboration dedicated to improving the care of the growing number of people suffering stroke.

Australians have poor access to stroke care, particularly those in rural and remote locations, because of a lack of brain imaging and expertise.

Develop light-weight brain scanners to rapidly deliver pre-hospital stroke care by air and road ambulances to all Australians. Underpin the direct intervention with education and a national telehealth platform

If the Australian Stroke Alliance realises its dream, those who experience a stroke will collectively gain 235,000 years of life, free of disability; we will create 1700 new jobs and save the nation $15.6 billion by 2050.

The initiative is the brainchild of internationally renowned neurologists, Professor Geoffrey Donnan AO and Professor Stephen Davis AO, who have devoted their lives to stroke treatment and research. 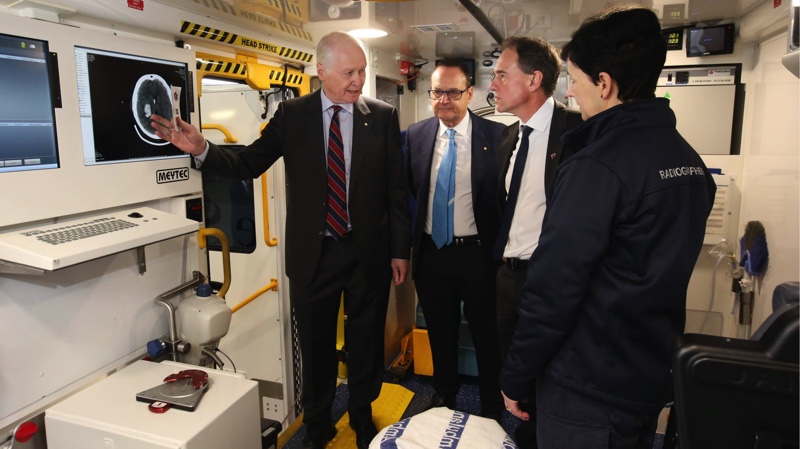 How this project began

During their long careers investigating the brain, Profs Davis and Donnan have led the use of a range of revolutionary treatments to treat stroke.

It is well-known that fast, accurate diagnosis of stroke is essential as patients can have either a haemorrhage (15%) or a blockage from a clot (85%) and treatment for each is vastly different.

Brain imaging helps provide the diagnosis but until now, these heavy imaging machines have only been found in hospitals, leading to fundamentally inequitable access to care for those in rural or remote areas.

When treating stroke, we know that ‘time is brain’. Treatment needs to be offered within the first few hours and preferably within the first ‘Golden Hour’. In a country the size of Australia, this is a problem. Every day, time and distance prevent many people from receiving the urgent care they need.

Even for urban populations, there are obstacles in our ability to deliver essential clot-busting medication within a four-and-a-half-hour window from the time of the stroke, or clot removal in theatre.

Stroke physicians around the country have been frustrated by the limitations of treatment options and the risk of long-term disability or death of extremely vulnerable patients.

Stroke incidence is 17% higher in rural and remote areas and with this comes twice the likelihood of significant lifelong disability. Unfortunately, only 3% of patients in rural and remote areas of Australia are treated in a stroke unit, compared to 77% of patients in metropolitan areas, with most needing to travel over 200 kilometres to access care.

Our solution is to move the stroke unit to the patient, to treat them as early as possible, using home-grown, game-changing technologies.

The time is right for a dramatic shift in stroke care to deliver equitable access to timely treatment.

We know our interventions have an impact. Since 2017, a pilot mobile stroke ambulance has travelled the streets of Melbourne, taking hospital emergency scanning equipment and a team of stroke experts to the patient. New technologies were developed to allow CT scanners to be transported in the mobile stroke unit, providing diagnosis within minutes of arrival to the patient.

The Melbourne MSU has significantly reduced time to treatment, something which is internationally associated with improved patient outcomes. The mobile stroke unit was called-out seven times a day, on average. The team attended 1600 patients in their first 3 years of operation, treating 10 times the number of patients within the ‘golden hour’as compared to those patients presenting via a standard ambulance . Compared to the Australian national median, the MSU treated patients 75 mins faster.

Patients with the most severe strokes were referred for clot retrieval by the MSU. 74% of these patients bypassed their nearest primary stroke center to go straight to a comprehensive center, reducing the need for inter-hospital transfer, and halving the time to clot retrieval compared to patients who arrived in a normal ambulance.

Funding has been provided so Sydney will soon have its own mobile stroke unit. The ongoing development of new metropolitan and rural stroke ambulances, with on-board imaging and data transmission to regional hospitals, will offer greater equity of access to urgent care for more Australians. 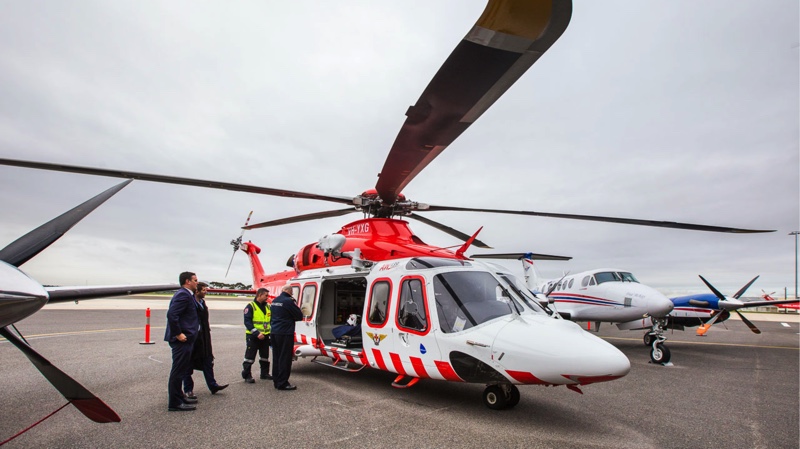 In 2021, the Australian Stroke Alliance welcomes the Royal Flying Doctor Service of Australia, the Stroke Foundation, the Council of Ambulance Authorities, the Royal Melbourne Hospital, Ambulance Victoria, The University of Melbourne and RMIT University. This dynamic alliance has garnered the support of more than 30 national partners.

We need to act now. The number of strokes in Australia is growing at an alarming pace. By 2050, there will be 50,600 strokes per year and 819,900 Australians living with the disabling, lifelong after effects.

Crunching the data: how’s it going?

Reaching for the cloud: stroke telehealth