Thank you to these generous Australians who have shared their stories with us. Each person experienced a stroke, but their various locations dictated just how effectively treatment could be given.
We hope they inspire you to support the Australian Stroke Alliance. Come with us as we work to deliver urgent stroke care on the roads and in the air. 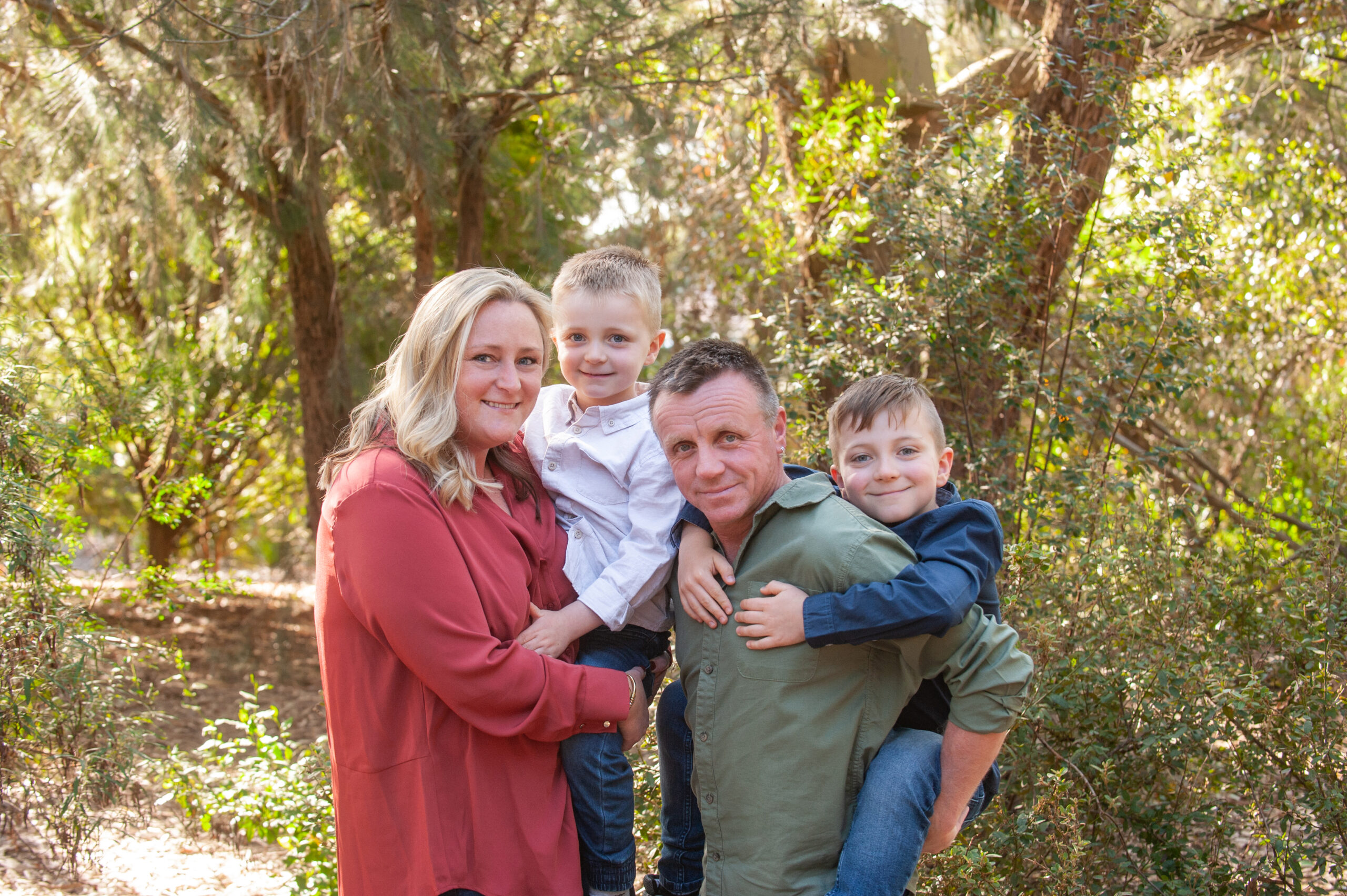 Kelly, a mother of two young children, had a stroke one week after her 40th birthday.

A couple of remarkable events probably saved Kelly’s life. Her husband, Bruce, happened to be running late for work that day and was still at home, in Melbourne’s southeast, when the stroke occurred. He heard Kelly making strange noises and saw she couldn’t lift her arm.

He immediately called triple zero as he suspected a stroke, after seeing how Kelly’s face, arm and speech were affected.

In a second unusual scenario, Melbourne’s mobile stroke ambulance happened to be in the neighbourhood and was dispatched. It was very unusual for the mobile stroke unit to be 40 kilometres away from its base at the Royal Melbourne Hospital.

Hear the audio of the call from Bruce to call taker Sean in this compelling podcast on ‘I am 000’.

Kelly was treated by the mobile stroke ambulance team in front of her house. A specialist radiographer conducted a brain scan inside the vehicle. An onboard neurologist then assessed Kelly’s scan and decided to offer a clot-busting medication. By the time the ambulance left her home Kelly was able to move her arm again and her speech was returning.

She believes she was the first patient to be transported in the mobile stroke ambulance to the Monash Medical Centre, attracting much attention from intrigued emergency department staff.

Kelly says she is alive today because of the skilled performance of mobile stroke ambulance crew. She was told she had a very large blood clot which had come from a hole in her heart.

Today, Kelly is fit and well despite fatigue and some minor problems with her balance – but she knows the outcome could have been far worse.

With thanks to the Stroke Foundation for a version of this story and photos. 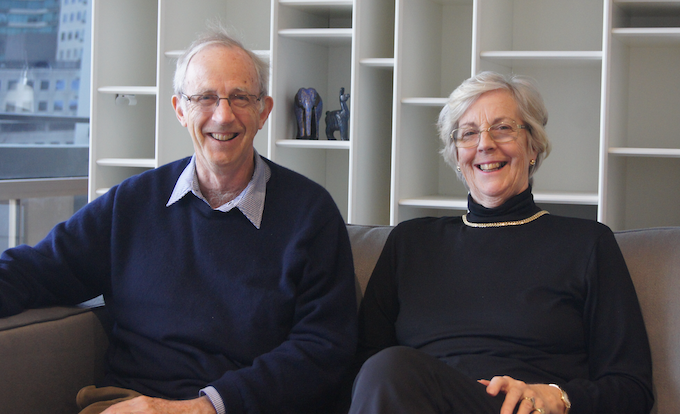 Diana experienced a stroke in a location about an hour out of metropolitan Melbourne.

When paramedics realised Diana had probably had a stroke, they asked for the Melbourne mobile stroke ambulance to meet their regular ambulance.  Diana was moved into the mobile stroke unit where scans were taken, thanks to a unique, mobile CT brain imaging machine which is embedded in the vehicle.

At this point Diana had severe weakness in her right-hand side.

The scans revealed she had a major clot in her brain. She was given a clot busting drug – with the assumption was she would be taken for surgery when the clot would be removed. By the time she arrived at hospital the clot had broken up and she didn’t need the procedure. Within 24 hours she had almost fully recovered. She remained under observation and was discharged from the Royal Melbourne Hospital three days later with no ongoing issues or disability.

Without access to this special ambulance, patients need to be transported to a major hospital to have a brain scan, wasting precious minutes before a diagnosis and accurate treatment can be given. The team in the ambulance – a radiographer, a MICA paramedic, another paramedic, a stroke physician and a stroke nurse – are proud to say they “take the hospital to the patient”. They are achieving amazing results, shaving 75 minutes off the time it takes to deliver life-saving treatment. 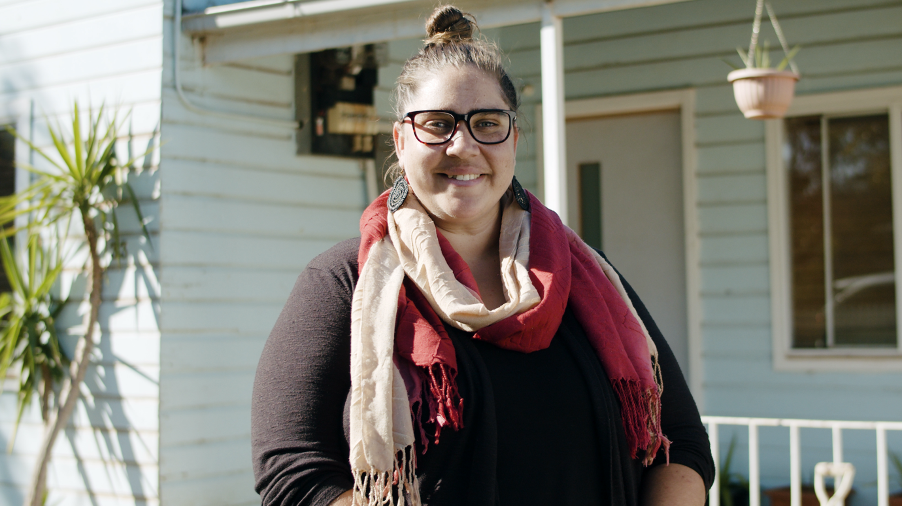 The urgent need for stroke care in the bush

Charlotte, 32, lives in a remote area of NSW. In 2018, her life changed in an instant when she experienced a stroke. Sadly, her husband James experienced a stroke recently when three clots lodged in his brain. Both are recovering well but their remote location influenced how quickly they were offered life-saving treatment.

Charlotte is a proud Wiradjuri Woman and mother of four.  She was working a double shift in disability services on the day of her stroke in 2018. Charlotte had a pounding headache, extreme fatigue and then noticed that her arm felt heavy. She went to her local health clinic who called for an ambulance immediately. Stroke changed Charlotte’s life in an instant. She was unable to move from a chair or a bed for 15 weeks. It was confronting and incredibly challenging for Charlotte and her whole family. Once she left hospital, Charlotte did not know where to turn to advice or support. She and her husband, James, had to work it out on their own. Living in a small rural community where people don’t talk about stroke much also added to the isolation she was feeling.

In a tragic turn of events, in 2020 James also had a stroke. Fortunately, Charlotte recognised the symptoms and took him straight to a local hospital. After a trip in an ambulance to Orange, he was given a brain scan and a telehealth consultation with a neurologist in Sydney. He was airlifted to Sydney where three blood clots were removed from his brain. The surgery went well and he was able to walk shortly afterwards. He is still struggling with speech but his recovery is going well.

The Australian Stroke Alliance team wishes this family well. We hope to be able to work together with Indigenous communities so urgent stroke care is more available.

Charlotte is a passionate consumer advocate with the Stroke Foundation’s Young Stroke Project because she wants to ensure other people of working age people ­­do not feel alone and are able to navigate the health system effectively. 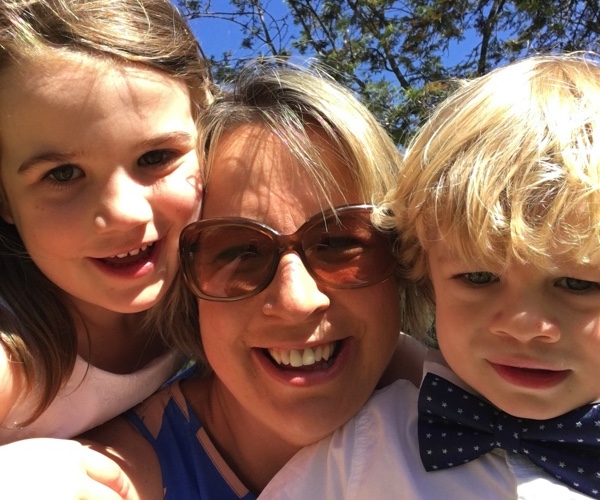 The benefits of telehealth and air rescue

At the age of 30, Kate suffered a stroke. Her treatment in the precious hours to follow demonstrates how fortunate Kate was to be close to brain scanning and that a helicopter was available to fly her to a major tertiary hospital.

A radiographer, Kate had been at work when she received a call to pick up her son from daycare. On arrival, Kate collapsed and was unable to use her right side or talk. Kate was conscious though and understood all that was going on.

The daycare staff called triple zero immediately and Kate was taken back to Hamilton Hospital – where she works. Stroke protocols kicked in and Kate was taken straight for a CT brain scan. Local doctors spoke to a stroke specialist in Melbourne who had seen Kate’s brain scans via telehealth. The decision was made to helicopter Kate to Melbourne.

The stroke happened at 9:30am and Kate arrived in a Melbourne hospital at 2:10pm. Kate was wheeled into room and intubated before the clots were removed surgically. At 5:30pm Kate woke up and could speak and move again. Kate spent three nights in hospital before going home. She required no rehab had no residual deficits. 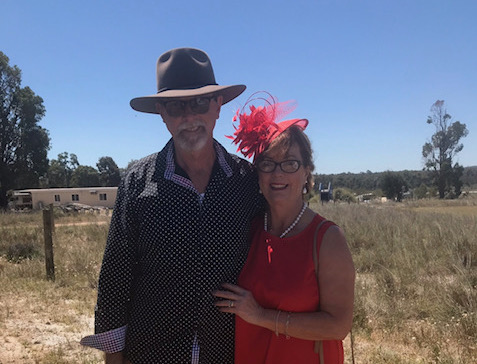 The tyranny of distance

Bill suffered a stroke during the night. Despite his wife’s, fast action, Bill was in a remote location in Western Australia and treatment was tragically slow.

When Bill suffered a stroke at 1.30am, his wife Denise called triple zero immediately.

He arrived at the local regional hospital by ambulance within 20 minutes. When they arrived, Denise asked the young doctor if he thought Bill had experienced a stroke. After a call to Perth, the doctor said he thought it was a stroke but because they couldn’t determine whether the stroke was caused by a clot or a bleed, hospital staff could not provide treatment. Bill was paralysed and in very poor shape. He was made comfortable and left in a dark room to wait for the morning when it was planned to transfer him to another hospital.

Denise recalls the fear of not knowing if Bill would make it through the night.

In the morning Bill’s condition had not improved. The doctor arranged for him to be transported to Bunbury hospital, 45 minutes away. He was assessed, scanned and transferred to the Royal Perth Hospital.

In a devastating blow, Bill was told he would never be able to walk or talk again. He was determined this would not be the case. He and Denise moved to Perth for a year so he could access the rehabilitation he needed. He worked incredibly hard on his rehabilitation and can now walk, but has trouble with his memory and finding words. Bill will never be able to return to work. 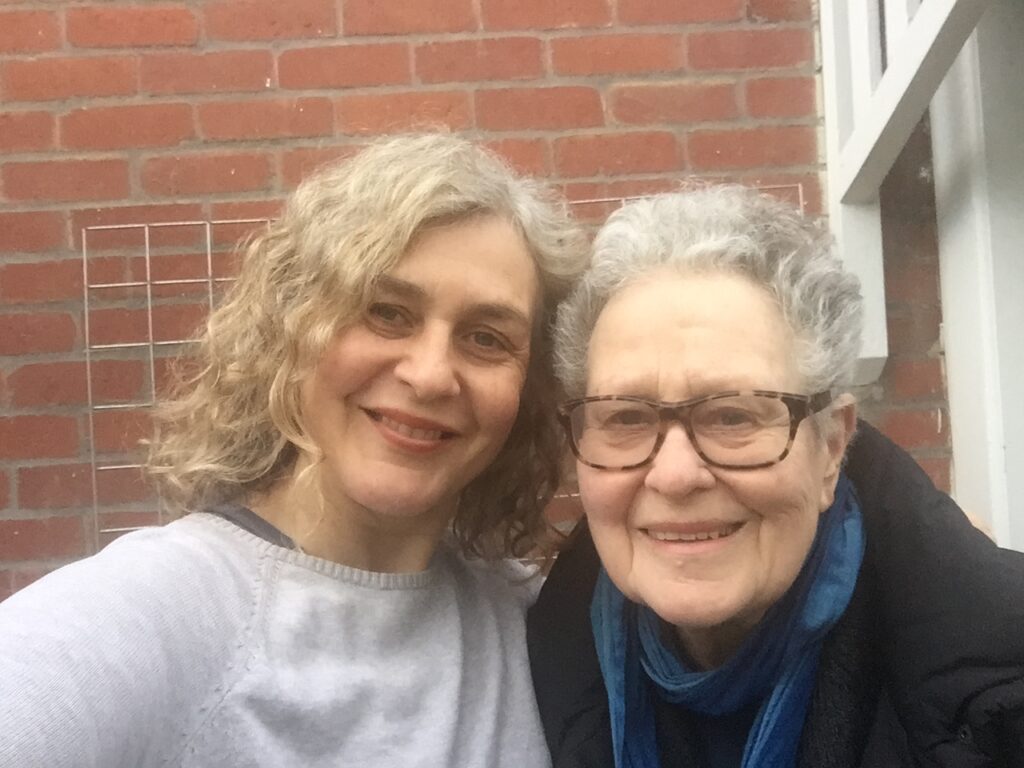 In December 2019, Marie, 89, phoned her daughter for some minor, now-forgotten reason. Jane, 55 happened to be in the neighbourhood for an appointment and made a quick decision to drop in to see her Mum – something didn’t sound quite right.

Soon after Jane arrived, Marie said she wasn’t feeling well. Jane asked her to sit down and tell her what was wrong. Marie’s words came out jumbled. Within seconds Jane grabbed the phone and called triple-zero to ask for an ambulance to be sent to Marie’s home in Melbourne’s north.

Jane relayed instructions from the triple-zero team asking Marie to repeat “the quick brown fox jumped over the lazy dog” to assess her cognitive function. Marie found she could not repeat the phrase that had been dictated to her.

Fortunately, within about four minutes an ambulance had arrived and only a couple of minutes later a second ambulance – a fully equipped mobile stroke ambulance – turned into the street. Jane says: “It was completely amazing – to have my mum display symptoms that I knew could be the first signs of a stroke, and then have this state-of-the-art ambulance arrive within minutes, promising her the best chance of survival. It was a relief, to say the least.”

Marie was assessed in the specialist stroke ambulance, which is fitted with CT brain scanning equipment. Within a short time, it was suspected she might have experienced a TIA (transient ischaemic attack – often called a ministroke).

Marie was transported to hospital where she had further tests and was monitored for three days before returning home, feeling weaker than usual but well overall. Marie says she has been left with minor effects – she says she is a little slower when trying to remember details – but she is very grateful that the mobile stroke unit was so quick to respond.

“I feel incredibly lucky that such a wonderful service was available,” Marie, a former journalist says. “I am extremely grateful for the quick action and the care that followed.”

Jane adds: “A country as well-endowed as Australia has such potential to care for its people and this is an outstanding example of healthcare at its best. Knowing that stroke treatment needs to be given in the first hour or so, I am so grateful that the stroke ambulance was able to respond so quickly for my mum and is available for others who will need it.”