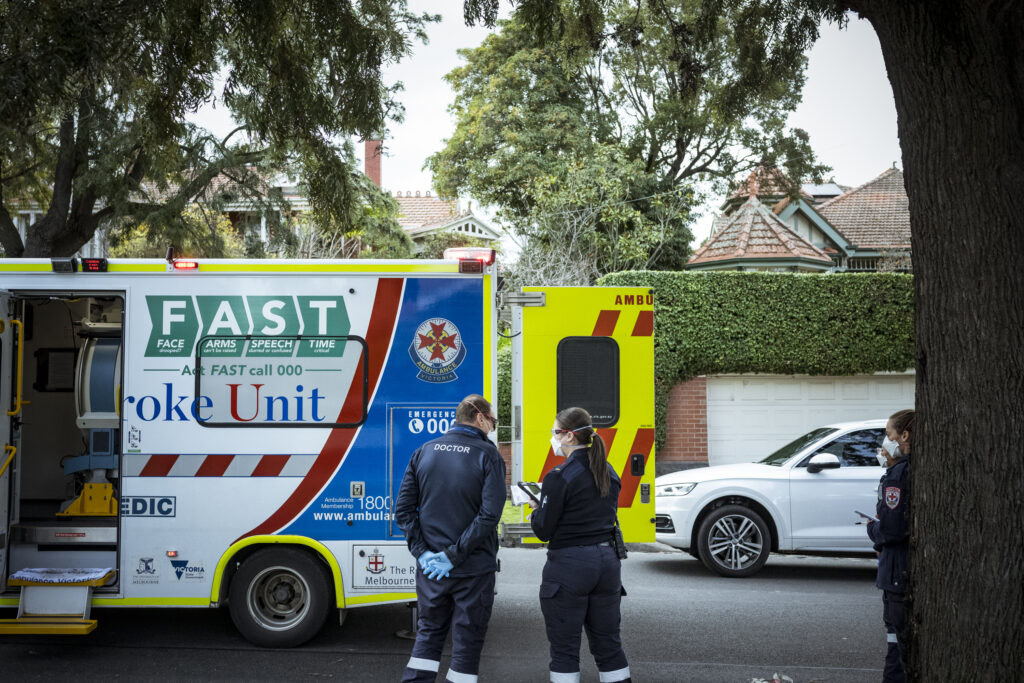 Melbourne’s mobile stroke ambulance has been at the forefront of an international revolution in prehospital stroke care since it took to the city’s streets in 2017.

Data from almost five years showed significant improvements in treatment times and long-term outcomes for people who had experienced a stroke.  Importantly, the Melbourne team has continued to evolve and refine its approach.  Even in the midst of a global pandemic, the crew not only withstood the impacts of Covid-19, but actually improved performance.

Watch a video of this data here.

The design of a next-generation mobile stroke unit has been completed and forms part of a multi-stage grant awarded to the Australian Stroke Alliance, the Royal Melbourne Hospital and Ambulance Victoria, and other partners.

Work is well underway to purchase and fit out the new ambulance following philanthropic investment and $12 million in Victorian Government funding. It will serve Melbourne’s south-east in 2023.

Co-chairs of the Australian Stroke Alliance, Professors Stephen Davis AO and Geoffrey Donnan AO are presenting the latest data at the World Stroke Congress in Singapore. Both are available for interview.