Results on response times and treatment provided by the mobile stroke ambulance team demonstrate the benefit of on-board scanning and access to expert clinical opinion. 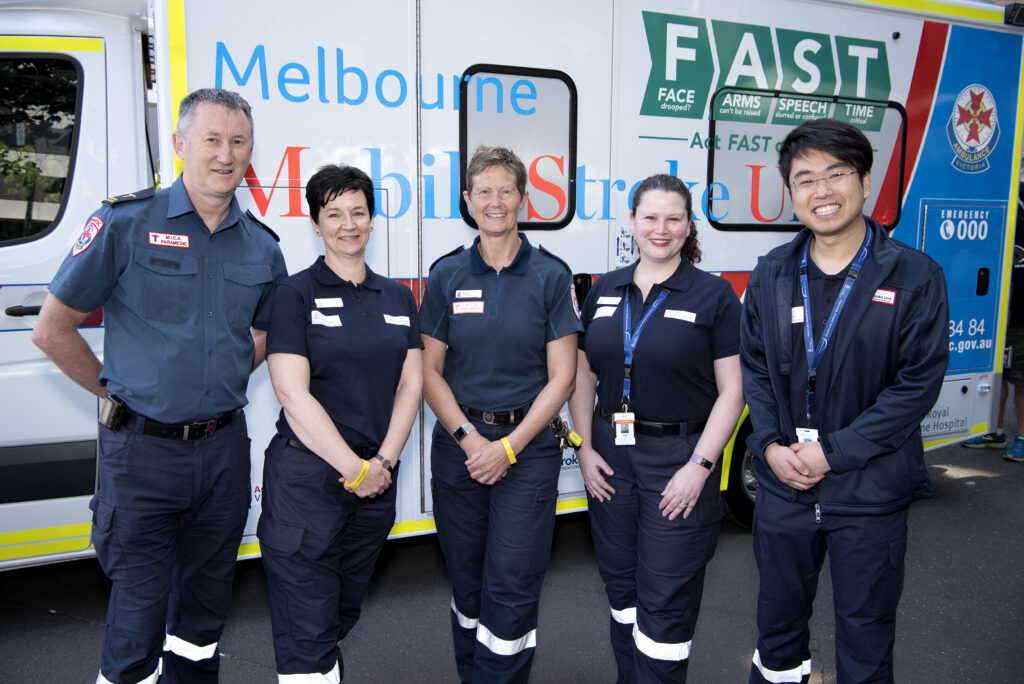 The impressive data is a highlight of our National Stroke Week, organised by our partner the Stroke Foundation

The mobile stroke ambulance, (known as the mobile stroke unit or MSU), is the trailblazer intervention driving the Australian Stroke Alliance to take urgent, pre-hospital stroke care beyond Melbourne and to Australia’s roads and skies. An on-board CT brain scanner is operated by a radiographer and allows immediate diagnosis of stroke. A neurologist, stroke nurse practitioner and paramedics then provide clot-busting medication known as thrombolysis if the patient has experienced an ischemic stroke.

More than 200 people have been thrombolysed on the MSU since it began operating and more than 160 patients with the most severe strokes (large vessel occlusions) have been referred by the crew for urgent clot retrieval. In fact, 74 per cent bypassed their nearest primary stroke centre to be taken straight to a comprehensive centre where surgery could be performed. This reduced the need for inter-hospital transfers and saw treatment begin in half the time, compared to a conventional ambulance response. 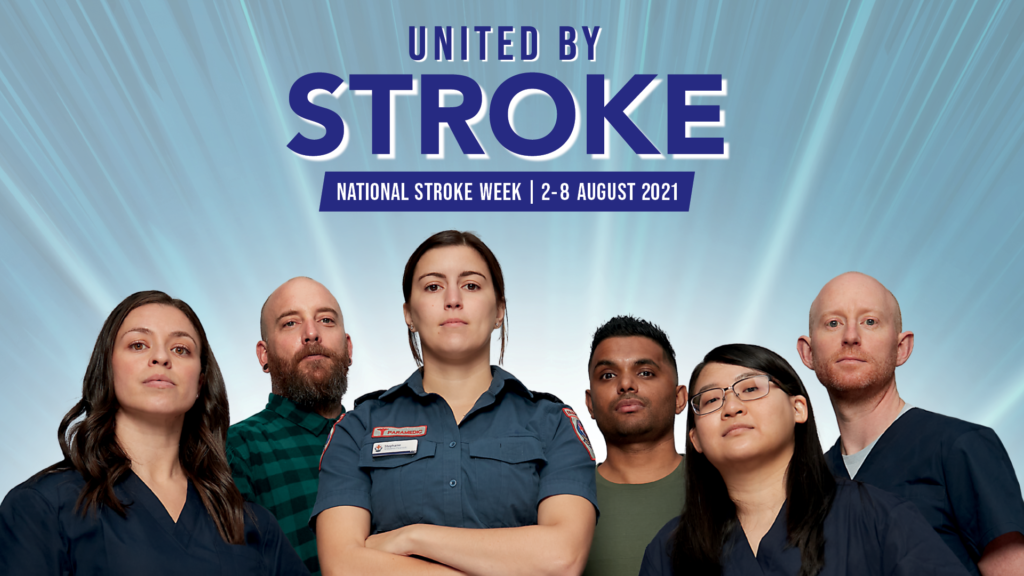 Early intervention delivers significant benefits to patients, especially when treatment can be given in an ambulance within the ‘stroke golden hour’ or within the first ninety minutes after a stroke.

Latest data on the MSU’s performance shows the value of taking the emergency department to the patient:

The MSU is based at the Royal Melbourne Hospital, a principal partner of the Stroke Alliance, and a new vehicle is being designed for Sydney patients of the future.

While MSUs primarily service a 20-kilometre catchment from their home base, the Stroke Alliance is developing wide-ranging stroke-capable road ambulances to serve much larger populations. They will offer a range of sophisticated telehealth and diagnostic tools to speed-up diagnosis and to ensure patients are transported to the most appropriate urban or regional hospital. Vehicles are planned for Victoria, QLD and NSW, with others to follow – within 12 months. It is hope that on-board brain scanners, currently in design, will be trialled on the road within 24 months.

The first air-mobile stroke units are in development with our partner, the Royal Flying Doctor Service , aiming for more Australians, especially those in rural and remote locations, to have greater access to cutting-edge brain imaging technology and stroke care.