Welcome to the new chair of our Consumer Council, Dr Eleanor Horton

Dr Eleanor Horton is an experienced nurse academic. Among her many roles, she is a member of the Stroke Foundation’s Research Advisory Committee and is the chair of the Australian Stroke Alliance’s Consumer Council. Eleanor cares for her partner, Patrick, who experienced a stroke 22 years ago. 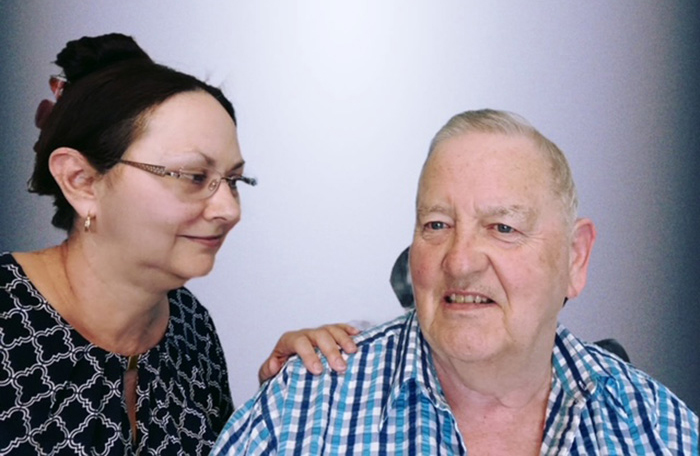 Eleanor, could you cast your mind back to 2000 and tell us about the call for help when Patrick experienced his stroke? Did he receive urgent treatment?

I will never forget. I was managing an aged care facility and he was far away, in northern QLD, sharing a house with an academic colleague. I was at work when his flat mate called me about 7.45am to say he had found Patrick on the floor and not moving. Luckily, their home backed onto an ambulance depot, so it didn’t take long for paramedics to arrive. I will never forget the housemate telling me he didn’t know first aid and asking what should he do. I told him to make sure Patrick’s airway was clear and, as he was breathing, to turn him on his side. I felt as though the bottom had fallen out of my world. Professionally, I had cared for people with a stroke in ICU, or in aged care; not people aged 51 who were fit.

Tell us about life with Patrick. You describe him as differently abled and your home was a living lab for CSIRO Smarter Safer Home project.

Patrick worked hard at rehab but after two years we realised that returning to work was not an option. For the first two years, we had focused on trying to get him back into the workforce and his university colleagues were very helpful but he couldn’t read or write as he used to, or speak. He is hemiplegic on the right side, aphasic, epileptic and has other health issues so he is now differently abled. He can’t do things he used to love like running, swimming, cycling, playing the piano and guitar and singing. He was a philosopher and used to talk and talk and talk.

We became involved in research projects as soon as he returned home from rehab and they have been ongoing over the years. The CSIRO Smart home initiative was one of these. Today, there are many platforms for smart homes, but issues remain for older people. The cost comes out of your care package so instead of the actual care you need, funds are diverted for assistive technology. This has always been an issue for me as we missed the NDIS and I have always worked to be able to afford requirements for his care. After seven years, he was given an aged care package even though he wasn’t elderly.

Your professional and private lives are inextricably linked by stroke. Why have you been such an active campaigner for improved stroke care and what role do you feel research plays?

I have been an active campaigner because I would like a world without stroke. Not realistic I know but people are often left disabled for life due to lack of access to initial care and treatment.

When Patrick was in rehab, the neurologist came every eight weeks and I knew that soon he would not be on the top of the list to be seen. I was determined he was not going into an aged care facility. There was no stroke unit in those days and we know they do make a difference. As well as stroke units, we need coordinated, national telehealth for everyone. Well-funded research is essential to improve patients’ outcomes and to shake us out of the status quo.

Finally, Eleanor, tell us why you are chairing the Australian Stroke Alliance’s Consumer Council and what you hope the group will achieve.

This project could make a significant difference to stroke care, nationally. The alliance has 40 partners committed to making a real difference so it’s a real privilege to be part of it and we aim to ensure that whatever is offered is accessible, affordable and equitable.